Why Linux Mint Is A Worthwhile Windows XP Replacement

Feeling a little nervous about moving away from Windows XP (now that official Windows support has ended)? Actually, with Linux Mint, the change is less daunting than the upgrade to Windows 8! …Read more…

See what Robert Edwards & Eric Mc.Creath have to say about the end of Windows XP (today!) and the Linux/open source option. …Read more…

8th April, 2014 is when the vulnerabilities of the long-lasting Windows XP begin. …Read more…

Getting Linux On The Desktop

Two important elements to be taken into consideration when planning to implement a move to Linux for a small business are: the human factor and the hardware factor. Mark Rais has explained what’s involved.   …Read more…

Seven Tips For Staying Out Of Trouble In Windows 8.1

For the average computer user today, Windows 8.1, the latest offering from Microsoft, is the order of the day. Basically a ‘Service Pack’ for the breakaway Windows 8 OS released in mid-2012, the update version attempts to address the feedback from the dissatisfied and confused market.

Walk into any JB Hi-Fi, Officeworks, Harvey Norman stores and the like and your choice of Windows now is: 8.1. Like it or leave, but for those who have to ‘like it’, here’s a few tips on how to stay out of trouble while using it. …Read more…

Where To After Windows XP (or for that matter, Windows 7 …) ?

In a decision that further confuses users of Windows XP, whether it be consumers or businesses, Microsoft has announced that it will extend its updates of security products, such as the popular anti-virus software, Security Essentials, for the operating system until July, 2015. Let’s be clear, though, all technical support and automatic updates for the ageing OS will cease as of April this year (that’s right, in two months time!). You will then be on your own…    …Read more … 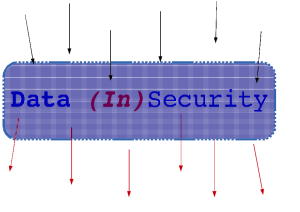 Data Security (or, Batten Down The Hatches)

The security of data on your computer – whether it be a single home user or a large enterprise- is of vital importance. For all the complexities and sophistication of the technological methods being developed to prevent unwanted data access, it’s evident that IT crime has the upper hand, and that the array of methods deployed to prevent it are just playing ‘catch-up’.

Based on the high-profile breaches of the past 18 months, the industry-wide overall level of ‘security’ doesn’t seem to be improving; arguably it’s getting worse.

This may sound like a lost cause to the ears of small business owners. But, in reality, it’s a blessing in disguise. …Read more … 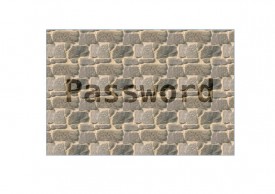 I had an interesting introduction to a Windows 8 password recovery request today. Well, interesting because I hadn’t realized how convoluted the process could be. So, I thought I’d share it with you. … Read more …

Consider Linux For Your Business.

An interesting recent trend in small business management is the attention now being focused on the urgent matter of keeping up with technology. …

The current climate in IT development provides a great opportunity for a serious appraisal of the systems able to be developed by businesses using the Linux range of free operating systems, as well as the vast range of alternative desktop environments and free application software available from the open-source community. … Read more …

Let’s Be Up-Front About Back-up.

Proper data backup strategies have become so critical to businesses today that there are now many specialist companies that provide only that service.

Storage and archiving of data in the past was relatively simple when it was paper-based. And the dangers of data loss were limited to the after-effects of adverse physical conditions, such as fire, storm damage, and the like.

There are three main dangers associated with data storage in a technologically-based system. And these should be the key elements to be considered in designing an effective backup strategy for our businesses.     … Read more …