In a decision that further confuses users of Windows XP, whether it be consumers or businesses, Microsoft has announced that it will extend its updates of security products, such as the popular anti-virus software, Security Essentials, for the operating system until July, 2015. Let’s be clear, though, all technical support and automatic updates for the ageing OS will cease as of April this year (that’s right, in two months time!). You will then be on your own…

See this article for more on the above announcement:

Basically, Microsoft is saying to its XP users that it’s time to move on. After twelve years of support for an OS that has been highly successful for Microsoft, there will be no choice but to move on. Move on to … what? That’s the big question which requires a big answer.

We know Vista was a flop and businesses certainly couldn’t rely on it. Windows 7 was a fantastic improvement on it, and still provides a very robust platform for most small to medium enterprises.

Unfortunately, support for this OS will end as early as 2015 for mainstream support, and 2020 for extended support. (The basic difference being that mainstream support includes security and non-security/enhancement updates, feature and design changes; whereas extended support only provides for security updates with non-security issues having to be paid for with a subscription. (See   http://windows.microsoft.com/en-US/windows/products/lifecycle   for the Microsoft explanation).

So what about Windows 8 and 8.1? Two things spring to mind here after pondering the reactions of consumers and businesses to these new offerings from Microsoft.

So, where to from here? … Time for a serious appraisal of what the Linux world has to offer small businesses. Both Ubuntu and Linux Mint are Linux distributions that offer free software releases according to fairly rigid release schedules.

The above diagram illustrates the planned support for Ubuntu for both the server and desktop versions. Notice that a new release comes out once a year with short support periods (about a year). These provide stepping stones for the development of the Long Term Support releases, which come out approximately every second year, with full support for five to six years. The beauty of this system is that an upgrade (which is free) from one Long Term Support release to the next one is designed to work relatively seamlessly, without even requiring a fresh install of the operating system. This is a huge advantage from the point of view of a business user, where the changes from one release to another will not be great, even after five or six years, rather they will have evolved from the previous versions.

Red Hat is another distribution of Linux which provides even longer term releases. The evolutionary design of the development is similar to Ubuntu . Under the Red Hat scheme, however, the software is not free as such, but is provided under a subscription system, whereby the customer purchases different levels of support for a particular product.

One of the most advantageous features of the Linux desktop graphical interface is the ease of customization. For a workplace deployment where simplicity is important for the efficient carrying out of computer tasks, the desktops can be configured alike, to be as simple as needed, or as complex as necessary. And this with the added benefit of the renowned stability and reliability that Linux brings. 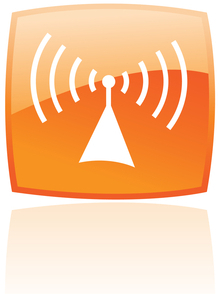 Be up to date with your technology tools …